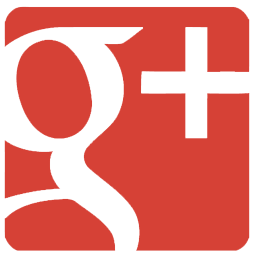 Burgas is the largest city in Southeastern Bulgaria, situated on the Black Sea Coast amongst several natural reserves and protected areas, ancient and medieval settlements. Every year, the city attracts numerous tourists with its festivals and cultural events. Near Burgas, you can visit Nesebar, the only Bulgarian town, which is part of the World Heritage (UNESCO); the ancient and medieval town of Apollonia Pontica (today’s Sozopol) and the ancient Thracian sanctuary Begliktash (near Primorsko).

At the end of March 2012, the festival of contemporary art Include the City was held for the first time.

The following events are held in May every year: Flora exhibition, Petya Dubarova national literature competition, The Age of Aquarius international theatre festival, and during the third week of the month: Port Burgas Sailing Week international boat race.

June starts with the opening of the Festival of Sand Sculptures in the Lake Park, which lasts till the end of September. Artists from all over the world take part in this festival. The following events are held also in June: Burgas – Summer and Sea summer cultural events, Burgas Cup international dance sports competition and Emil Chakarov festival of classical music and opera. In the evening of June 30th, people gather at the shores of the Black Sea to enjoy the sunrise in the morning of July 1st. This relic from the era of the hippie generation from the 70’s is traditionally celebrated at the central beach of the city and is also known as July Morning

Peyo Yavorov days of poetry are held in the summer month of July and during the last weekend of the month is the time for the swimming marathon of Burgas.

Burgas Blues & Jazz Festival music festival and Burgas and the Sea pop song competition are held in the beginning of August. During the second weekend of the month starts the construction of the stages of the Spirit of Burgas festival of modern music (see Spirit of Burgas). At the end of the month, Burgas hosts the National Week of the Sea and the international folklore festival. On the Coast international theater festival is held in September.

The official holiday of Burgas is celebrated every December 6th, the day of Saint Nikolaos the Wonderworker, patron of the city, the sea and all seamen, and various events are held during that day. There is an attractive Christmas Fair during the whole month of December similar to those held in Germany and Austria

Burgas cathedral named after the apostles of the Slavs Cyril and Methodius is among the 100 national sites of interest. Saint Anastasia Monastery located on the island with the same name in the aquatory of Burgas Bay is the only preserved medieval island monastery in the Black Sea. The city has its History, Archeological, Ethnographic and Natural History museums. There are numerous parks and green areas with the Sea Park being the lungs of the city and monument of national importance. It spreads along the line of the city beach, being 5 km long and occupying a surface area of 600 decares of asphalt, bicycle alleys and green areas. The Sea Garden is the home of the Sea Casino, Ohlyuva summer stage and the summer theater with its 2000 seats and mobile roof. In the summer, it hosts many events, such as the International Folklore Festival, jazz festival, opera and theatre performance, concerts of pop and rock singers.